McCarty Pond was created in the 1920s by Sam Hill, who built a low dam and weir to hold back waters from regional springs. The project was part of Hill’s Quaker Farming Community and supplied water to his Columbus Land Company. Later the water system served the museum, its grounds and gardens. For many years, the springs feeding the reservoir at McCarty remained the principal source of irrigation water for the museum’s grounds.

In 2009, Klickitat County and Cannon Power Group asked about areas on the museum’s 5,300 acres that might be suitable for a wetland enhancement project, McCarty Pond was the obvious choice.  With the help of Shannon & Wilson, geotech and environmental consultants from Seattle, Cannon and the museum developed a plan for dredging the pond to remove accumulated silt, creating a buffer zone, strengthening the historic dam and weir to prevent water seepage, and planting native plants.

As the museum’s water systems were upgraded, the pond and its dam and weir were no longer a necessity. But the historic dam, weir and pond were kept to be an enhanced wetland and maintaining the habitat for numerous species, including the red-wing blackbird, dark-eye junco, hawks, deer, coyote, and other small animals.

The pond is not open to the public at this time. 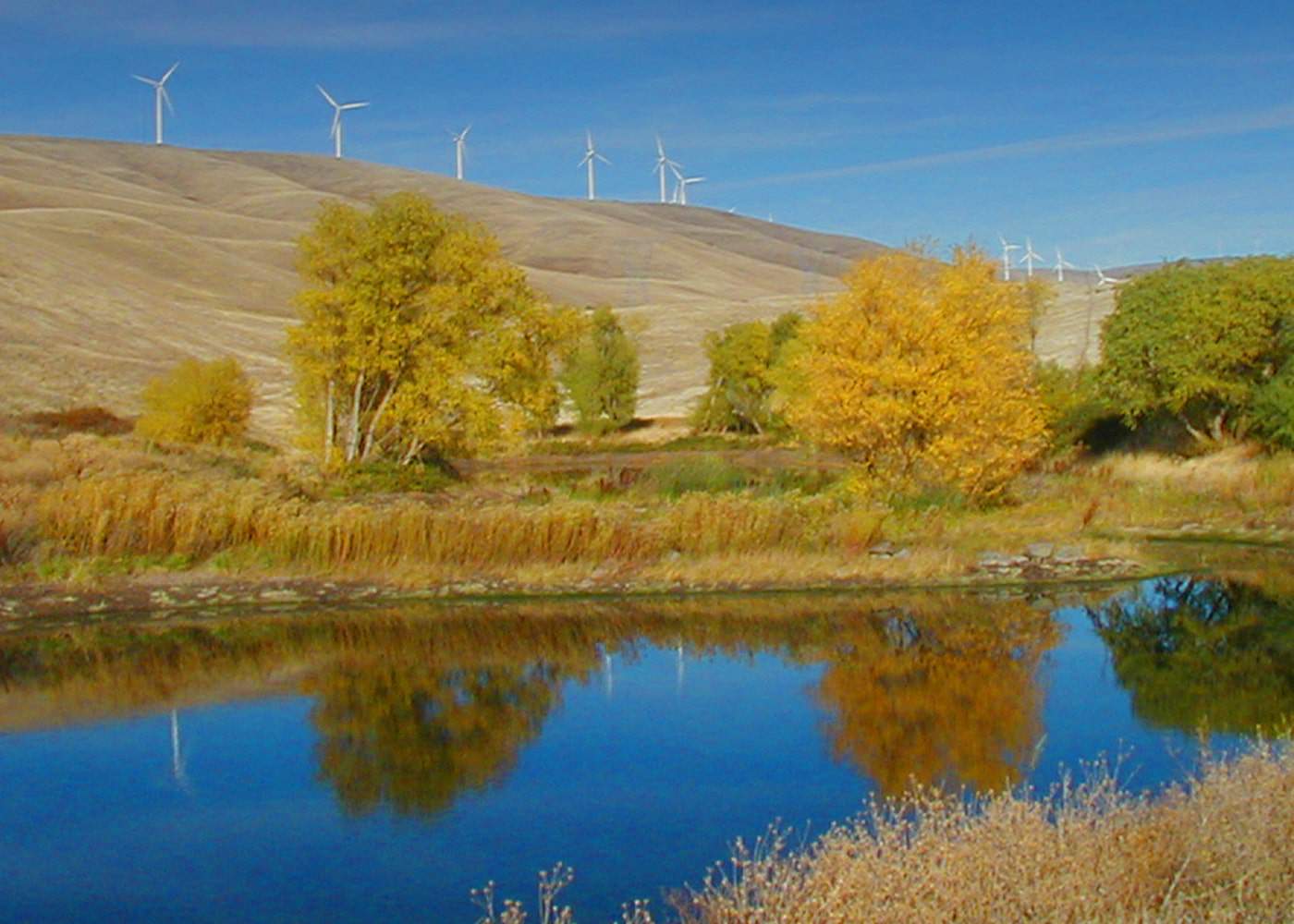