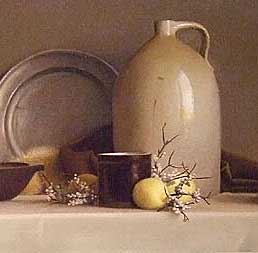 Maryhill Museum of Art’s permanent collection had its origins in the eclectic tastes of its four founders. Beginning in 1917, Samuel Hill and a network of friends—Loïe Fuller, Queen Marie of Romania, and Alma de Brettevile Spreckels—sought to turn his large ranch house on the Columbia River into a world-class art museum. Loïe is credited with positing the original museum idea and most of the museum’s collection of Auguste Rodin sculptures once belonged to her. Queen Marie of Romania contributed Orthodox icons and memorabilia related to her life and ties to the Romanian, Russian, and British royal families. Loïe convinced Alma Spreckels, the wife of San Francisco sugar magnate Adolph B. Spreckels, to donate a variety of objects to the fledgling institution. Alma was a renowned American art collector and her gifts to Maryhill included European and American paintings, sculpture, decorative arts, and a large collection of furniture and other items from the palaces of Queen Marie. Alma was also responsible for the celebrated Théâtre de la Mode finding a home at Maryhill. The museum’s first director, Clifford Dolph, began collecting chess sets in 1957 and the museum now owns nearly 400 sets.

The museum’s collection of material made by the Indigenous peoples of North America began with a number of baskets that were acquired by Sam Hill. It has continued to grow through gifts and purchases and the collection now contains works representing many North American basket-making traditions. Overall, the collection is particularly strong in holdings from the Columbia River Plateau, Alaska, and California.

Maryhill Museum of Art’s collection continues to grow through museum acquisitions and gifts.

The Archives collection contains about 6,000 items and includes photographs, letters, documents and ephemera relating to the history of the museum, its collection and its four founders.

The 5,000-item photo collection is home to historic postcards of Rodin’s works (some signed by the artist), postcards of European royalty and royal families, photographs of Loïe Fuller, and a large collection of road and highway photographs. It also includes numerous images of American Indian peoples. The largest portion of the collection is the 3,000+ photos taken by J.W. Thompson. Thompson was a semi-professional Seattle photographer who took thousands of photographs of the Indians of Washington State between 1953 and 1957, including many in the Celilo and Rock Creek areas and on the Yakama and Umatilla Indian Reservations. More than 1,000 photographs—800 of them glass slides or negatives—were amassed by Sam Hill. These contain views of Europe, the Pacific Northwest, and the Columbia River Highway. More than 150 of these are credited to Albert H. Barnes.

The manuscript collection contains more than 400 items. It is primarily comprised of letters and correspondence to and from Sam Hill, Loïe Fuller, Queen Marie and Alma Spreckels, ephemera related to the lives of these individuals, and documents related to the history of Maryhill Museum of Art.

The Library collection contains over 3,000 items. This includes a small rare manuscript collection (about 40 objects) and a resource library.  The resource library is built on a foundation provided by the library of Sam Hill’s daughter, Elizabeth Wade. The bulk of the resource library is comprised of art reference books. In recent years, more than 200 volumes related to royalty have been added to the collection, as well as texts about American Indians and the Pacific Northwest. The library is available to the general public by appointment. Books may be checked out by museum members.