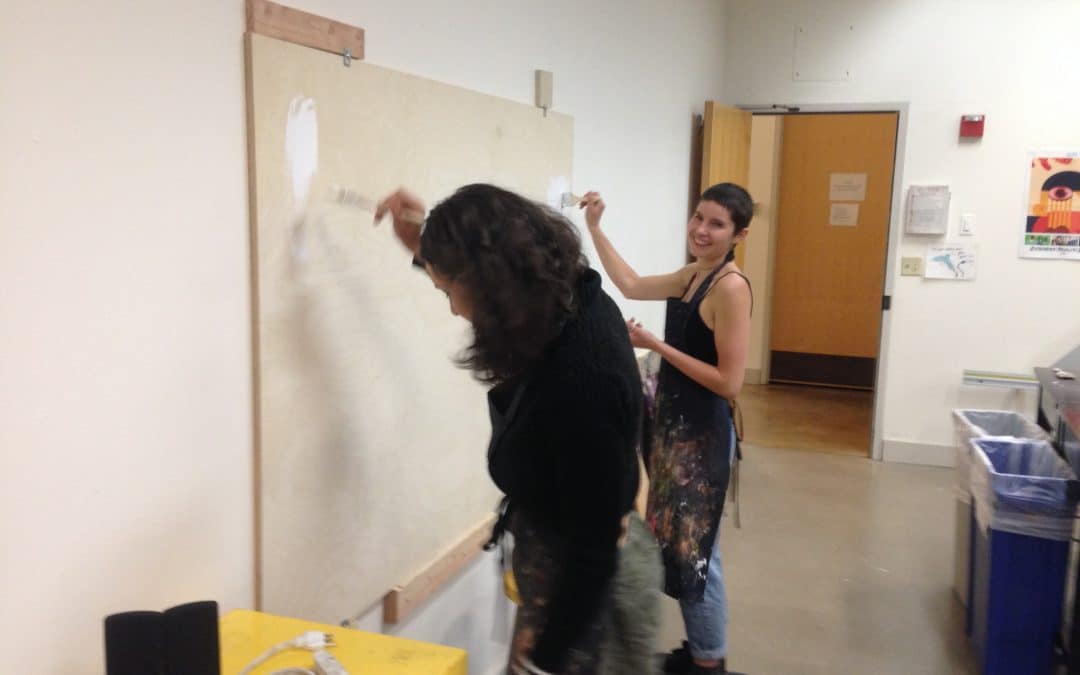 Section 2 of the Exquisite Gorge Project includes faculty, staff, and students from Lewis & Clark College, in Portland, Oregon. The student members are Frankie Beilharz and Shannon Drew and, recently graduated, Anna Kahler, Iris Reidel, and Aiden Turlington. Section 2 extends from just east of Portland to just west of Cascade Locks and consequently covers much of the area affected by the 2017 Eagle Creek Fire, which is the focus of the print.

After interviewing geologists, journalists, and residents from the area, as well as hiking some of the trails there to make firsthand observations, it became clear that although the fire caused considerable damage, it was a naturally recurring phenomenon within the ecosystem. Instead, it was the increasing proximity of urban development to wilderness areas that seemed to magnify the impact of the fire. Living in a city, one doesn’t expect to have to cope with wilderness events, but as urban development continues to push up against protected wilderness areas, such occurrences are inevitable and should not be perceived as freak incidents. Thus, long-time residents of Corbett, for example, could remember similar fire events in the past and were better prepared when the 2017 fire approached their homes. Communities came together to coordinate responses to the fire, including moving animals and cutting down brush close to houses, and the experience of long-time residents was a valuable resource in these efforts.

In thinking about the design for the print, the students wanted to draw attention to the boundary between urban and wilderness areas, in both literal and metaphorical terms, as well as the cycle from fire-damaged forest to new growth. They also wanted to integrate their observations from visits to different sites in the area. They decided to create a collage out of photographs they had taken of undamaged and fire-damaged trees (Images 2 and 3) as well as images of railroad trestles, trying to approximately match textures with the features of a topographical map. This approach seemed promising as it also creates a striking juxtaposition of abstract patterns, rectilinear versus curving and organic, one pattern generated by human industry (Image 3), the other by a natural cycle of fire damage and new growth (Image 4). At the same time, the fact that the material which forms these patterns is everywhere the same – harvested or untouched wood – will hopefully motivate reflection on the basic reality that the wilderness is not so distant as urban residents may sometimes consider it to be.

Once the students finished their woodblock design, they spent the past few weeks transferring the design to the woodblock, making sure the river enters and exits at the right points when the design is projected onto the vertically mounted woodblock. Before copying the projected design with Sharpies, the woodblock was first painted with a coat of gesso (top image) to create a smoother surface and prevent the ink from spreading into the wood grain.

The students worked out a way to deal with areas that contain a lot of gray tones; by adjusting the contrast when making the design in Photoshop, they created a primarily black and white image, but some areas still contain middle values or have an overly fine-grained black and white pattern. 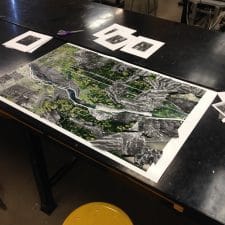 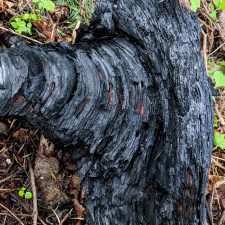 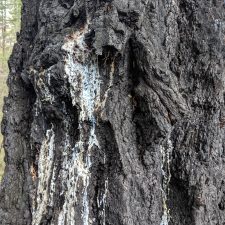 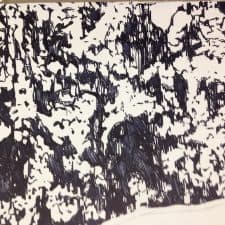 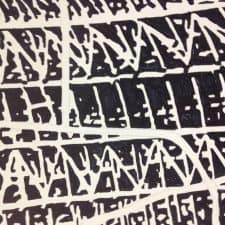 A pattern generated by human industry 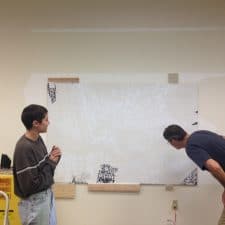 The Exquisite Gorge Project is a collaborative printmaking project featuring 11 artists working with communities along a 220-mile stretch of the Columbia River from the Willamette River to the Snake River. The Exquisite Gorge Project will connect artists and communities to create a massive 66-foot steamrolled print. Artists will work with community members from their assigned stretch of river and carve images on 4 x 6 foot wood panels. Each completed panel will then be connected end-to-end and printed using a steamroller.

The big steamroller print event will take place on Saturday, August 24, 2019 on the grounds of Maryhill Museum of Art and the public is invited to participate. The resulting print will be on view in Maryhilll’s M.J. Murdock Charitable Trust Education Center from September 3 -25, 2019, with the possibility of other venues added in the future.  Click here for information on all related events.

To read a full press release on the project, click here.