Exploring The Influence of Women: A Maryhill Museum and Aristides Atelier Collaborative Exhibition 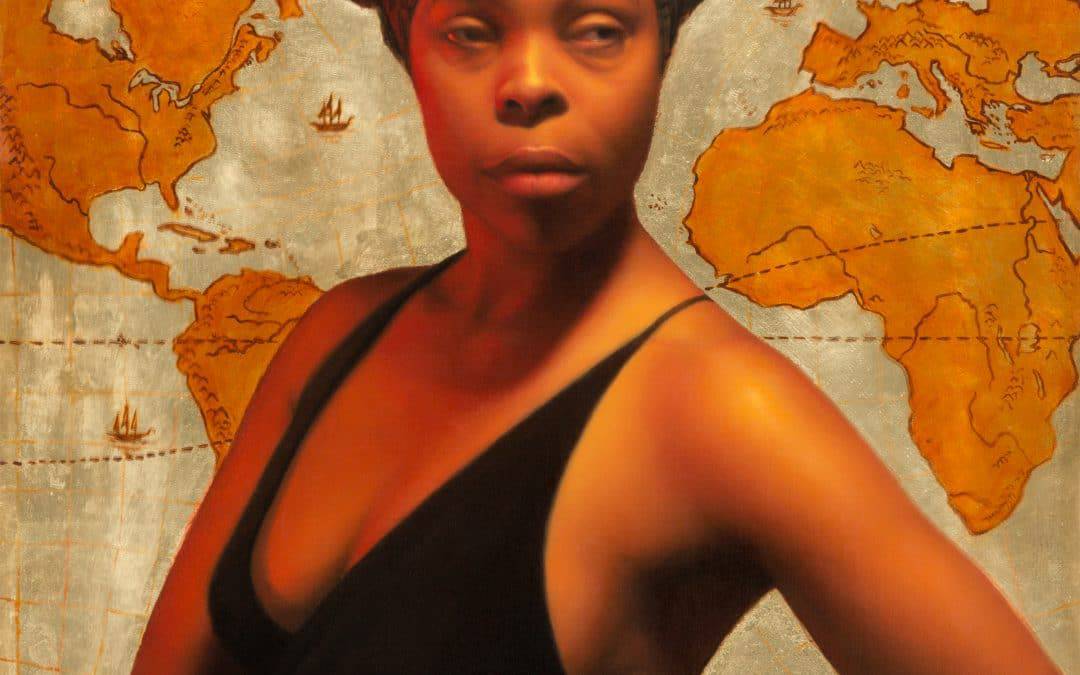 By Louise Palermo
Curator of Education

It is austere and profound studies that make great painters and sculptors. One lives all one’s life on this foundation, and if it is lacking, one will only be mediocre. Jean-Léon Gérôme

Maryhill Museum of Art is full of wonder and surprise. Tucked away at the edge of the grand Columbia River, are collections that never cease to inspire. In this world of Covid-19, Maryhill presents to you Influence of Women, a fully online exhibition of student and graduate paintings from the Aristides Atelier, at Gage Academy of Art in Seattle, WA where Master artist, Juliette Aristides offers foundational skills necessary for realist artists. We connect with this atelier through our collections of Richard Lack paintings, whose atelier was the source of her training.

The term “Classical Realism” was coined by Richard Lack and a group of atelier-trained realist artists communicating their connection to academic traditions, coupled with a modern way of seeing. It embraces classicism, realism, and an impressionist style using rigorous atelier apprenticeships, intensive mentoring, and an academic method of drawing and painting. To indulge in some name-dropping of direct lineage you will find Jaques-Louis David (1748-1825); Paul Delaroche (1797-1856); Jean-Léon Gérôme (1824-1904); William McGregor Paxton (1869-1941); R. H. Ives Gammell (1893-1981); and Richard F. Lack (1928-2009) to name a few of the many greats.

While ‘Realistic’ might, in a narrow way, define a work of art with recognizable objects, the broad stroke doesn’t do justice to the thoughtful insight of this movement. Simple objects become as beautiful as the most famous portrait, while meaning and insight resonate for those taking time to ponder.

The exhibition theme was chosen to commemorate 100th anniversary of women in America finally achieving their right to vote. Artists were asked to explore the women who have influenced their life and art.

Please let me present some wonderful examples from this collaboration. 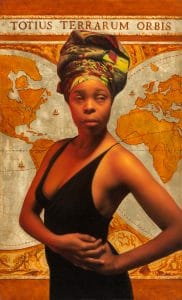 The young woman who is the subject of this painting by Joshua Langstaff was born in South Africa and immigrated to the US at a young age. She is a survivor of numerous childhood traumas but has persevered to become a prominent performance artist and social justice activist. Interestingly, she has not been allowed to gain citizenship in either her natal country, or her chosen one. In this painting, Langstaff has framed her as though she were a medieval icon, holy and a most important “Citizen of the World.” 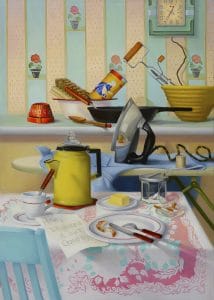 Classical Realism lifts every object into the realm of ‘beautiful.’ John Rizzotto wanted to communicate the virtuous attributes that came to him by women: compassion, mindfulness, forgiveness, gratitude, nurturing, and the knowledge that life is full of hard work to be shouldered with or without compensation.

This homage to his mother, whom he calls his closest and most profound influence, adds a note for us to ponder. 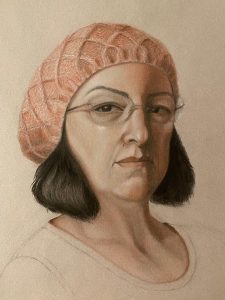 Self-portraits can be intimate things as artists sometimes expose the unseen. Farida Abedeen was born in Kuwait in the late fifties, a time when women worldwide were very unlikely to be encouraged toward art. In Kuwait, there was no school for studying to be an artist, but she knew that was who she is. When she moved to Seattle, she enrolled in the Aristides Atelier and her dream became a reality. She made this at the end of her first year when quarantine also requires innovation for finding models! 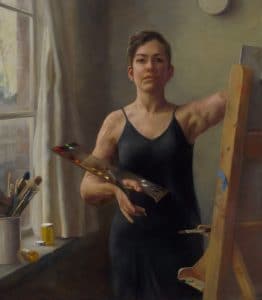 Artists often confront identities and prescribed ideals for beauty. Grace Athena Flott created a brilliant self-portrait in which we see this in action. As a survivor of a fire-related injury, Flott painted this image as a way to thank the countless women who supported her, showing she was not alone in her journey, and as a way to call out to anyone else who may need to hear this message. She is the reflection of all that is beautiful about her profession. 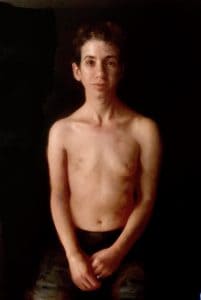 The portrait of Juliette Aristides’ sister-in-law, Yael, is equally defining. Mapping her journey through aggressive breast cancer, we are given a measure of beauty that comes from struggle, determination, turbulence, and trauma. 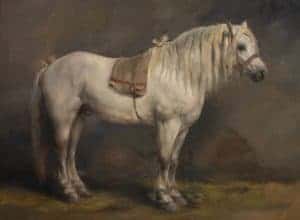 Influence and gratitude are symbiotic. Sally Allwardt pays homage to a work of art that came to her when she was in her second year of studying painting.  Rosa Bonheur was a French woman who lived in the 1800’s. The effect of this interaction was a reminder that there were countless, sometimes faceless and nameless, female artists who came before. Buttercup was created in gratitude to all women who came before and paved way for female artists yet to be. 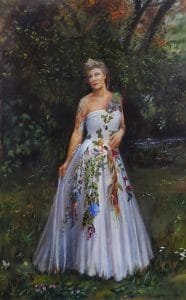 I end with a dialogue between an artist and me. Charles Burt and I bonded over a drawing of military boots worn specifically when driving a tank. From there, my admiration for his work has grown exponentially, as has our friendship.  He has rewarded me by taking a joyful moment in my life and immortalizing it in the person of “Gaia” or Mother Earth.

I invite you to visit the online exhibition, where you can see all 29 paintings created by students at the Aristides Atelier; you will also find statements by each artist, exploring their work and the inspiration for it.

The artwork, and I’ve only touched on a sample, in this exhibition represents narratives of lives touching lives. The stories are revealed by the poses, by the objects painted, and by passion that is passed from image to viewer. Take your time, look more than once, and notice details, color, lighting, technique, and choices each artist has made to share this very intimate story.