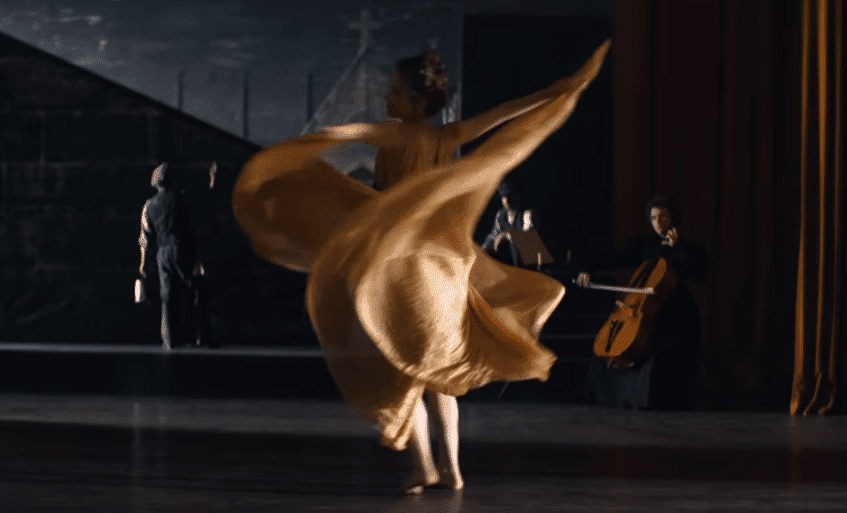 If you are anything like the rest of us, you may be filling your time with t.v. and movies. With that in mind, and with Maryhill’s diverse collection as inspiration, we’ve pulled together a watch list for both the big and small screen.

1. Sam Hill Oregon Experience
Learn about Sam Hill and his remarkable impact on Oregon and the Pacific Northwest. Watch on OPB.

2. Secret World of Haute Couture
This BBC production takes a fascinating look at the mysterious world of haute couture as director Margy Kinmonth travels from Paris to New York and Los Angeles to explore the private club of couture. Available to watch here on YouTube.

3. L’Amour Fou
This documentary explores the life of the legendary Yves Saint Laurent, as told by his partner Pierre Bergé, who also played a role in the “rediscovery” and promotion of Théâtre de la Mode in the early 1980s. Available here on iTunes.

4. Auguste Rodin: Modeler & Sculptor
To commemorate the 100th anniversary of the great sculptor’s death, Hantang Culture presented a two-part documentary examining the life and work of Rodin. You can stream both Part One & Part Two.

5. Rodin: The Sculptors’ View
Eight contemporary British sculptors take a fresh look at Rodin and his influence. Available through a library streaming services such as Kanopy.

6. The World of Stonehenge
Stonehenge has captured the imagination of people the world over, so it’s no surprise there are numerous documentaries that attempt to explain its many mysteries. In this BBC Documentary Series, archaeologist Neil Oliver travels back to Ice Age Britain to begin the epic story of how the land and its people came to be over thousands of years of ancient history. Episode one explores Stonehenge, which you can watch on YouTube.

7. Number seven is a two-fer: over at Amazon, stream Mysteries of Stonehenge and Stonehenge Rediscovered.

8.The River They Saw
The beauty of the Columbia River Gorge as seen through the lens of Carleton Watkins, Sarah Ladd, Benjamin Gifford, Al Monner and many others. Watch on OPB.

9. Celilo Falls and the Remaking of the Columbia River
Through a combination of rare historic films and photographs, this OSU-produced documentary provides a glimpse of the life at Celilo Falls as it once was. Watch on YouTube or purchase here.

10. The Dancer
This feature film tells the story of how Loïe Fuller, a young girl from the Midwest, became the toast of the Folies Bergère at the turn of the 20th century and an icon of the Belle Epoque. Available for rent or purchase here on iTunes.

11. Queen Marie of Romania
Follows Queen Marie to Paris as she lobbies for international recognition of Romania’s great unification at the 1919 peace talks. Watch on YouTube (in English and Romanian with some subtitles).

BONUS web content: Fancy a deep dive down the Stonehenge rabbit hole? Check out Clonehenge, a blog that bills itself as “most complete list of Stonehenge replicas on the internet, nay, marry, in the wide world!”

Image: Still from The Dancer.